Gala Day at the Wyndford Housing

The sun shone on the Gala Day at the Wyndford Housing estate in happy contrast to last year when it blew a gale; and, a great deal of fun was had by adults and children alike.

I was ably assisted at the Museum’s stand, by Willie MacKinlay, a stalwart of the Assaye Platoon Veterans Club. Some of items recently acquired for our new outreach programme elicited a good deal of interest; particularly, Willie’s own favourite gas rattle and cries of “Gas! Gas! Gas!” accompanying its strident tones were heard throughout the ground.

The selection of hats are always popular for photographs and I lost count of the number of paper glengarries, postcards and wristbands that we gave out – and not only to children!

The Barracks famously held Adolf Hitler’s second-in-command Rudolf Hess during World War II after his supposed “Peace” flight to the UK in 1941, at a time when it was used as a prisoner of war camp. In 1942, the Free French leader, General Charles de Gaulle, visited French troops there.

Part of the wall and the guardroom are all that remains of Maryhill Barracks. 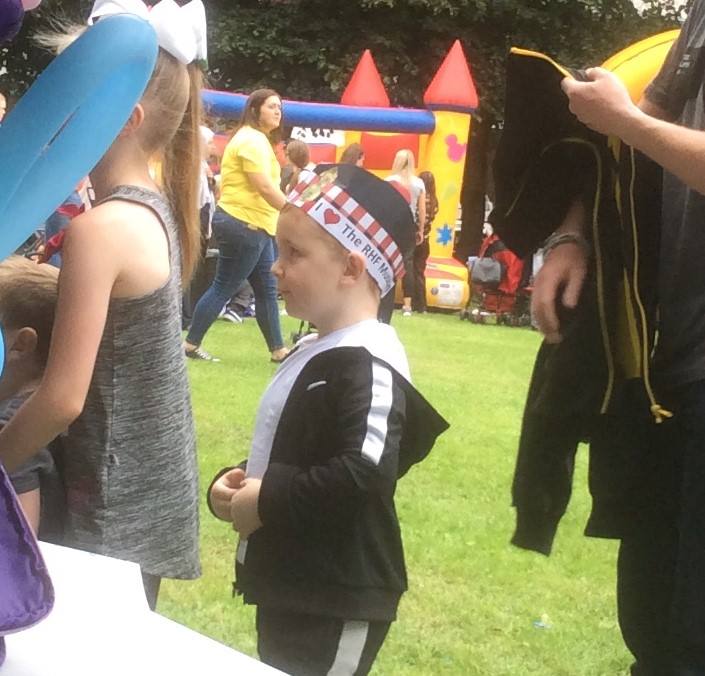 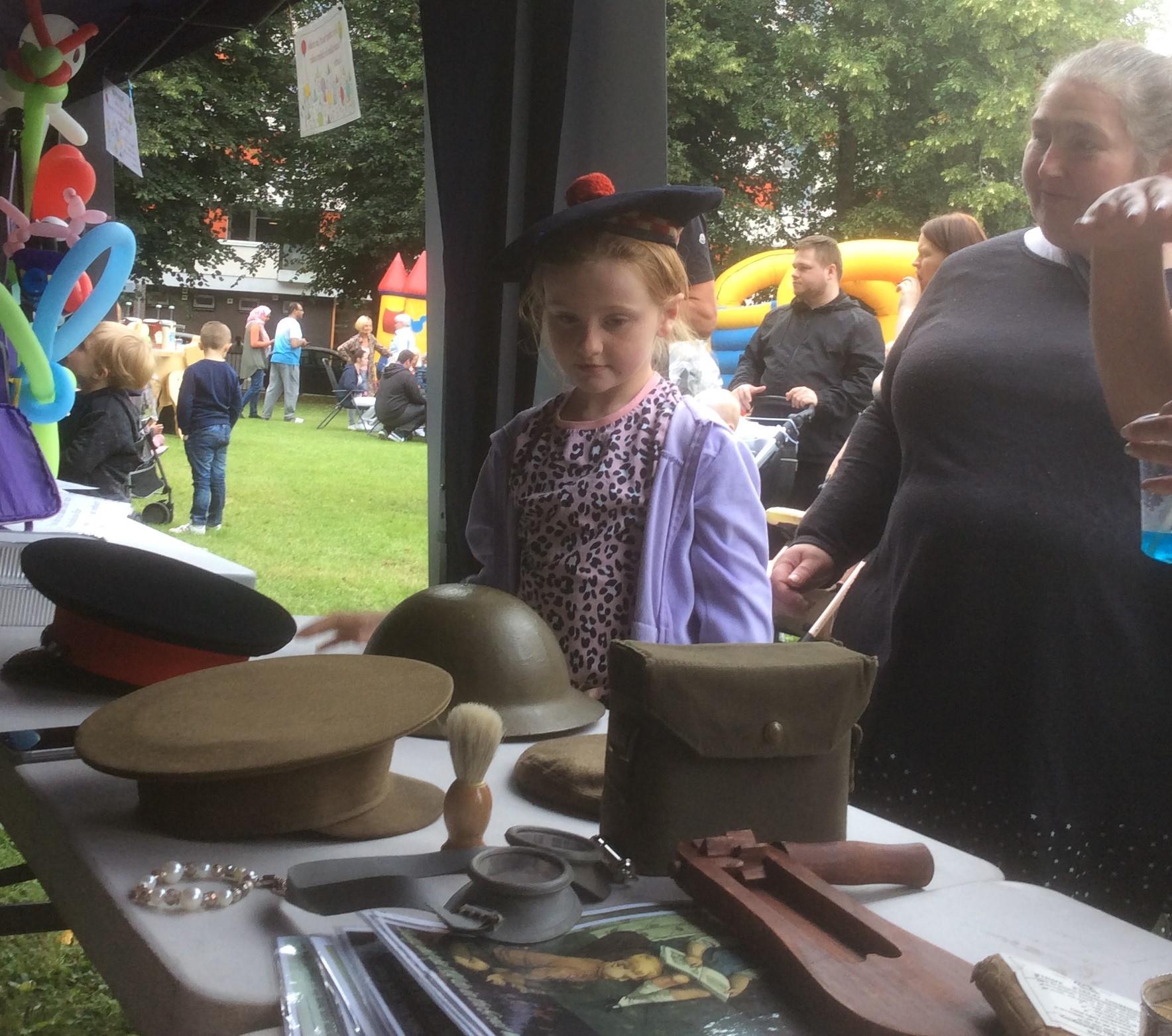 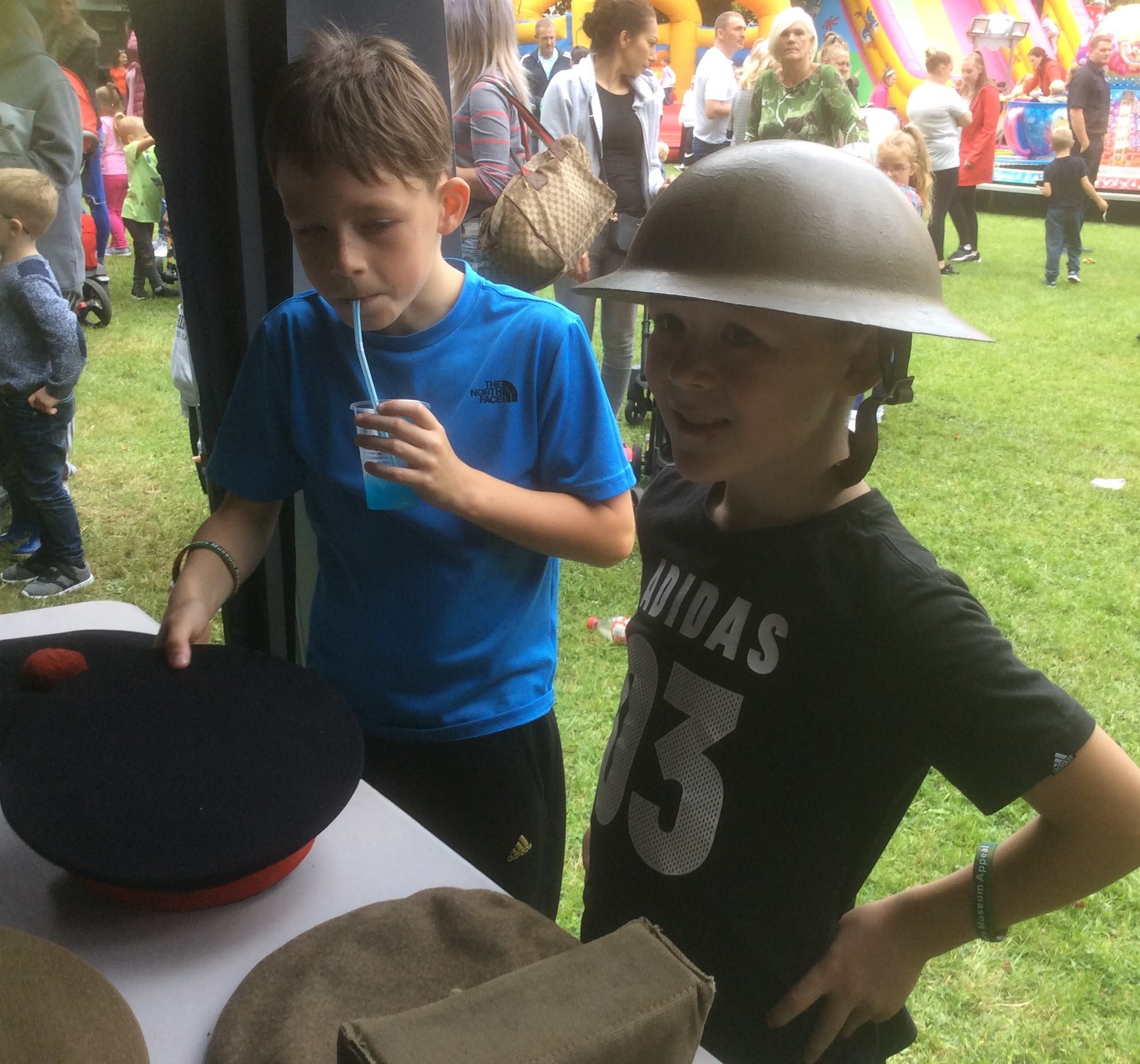 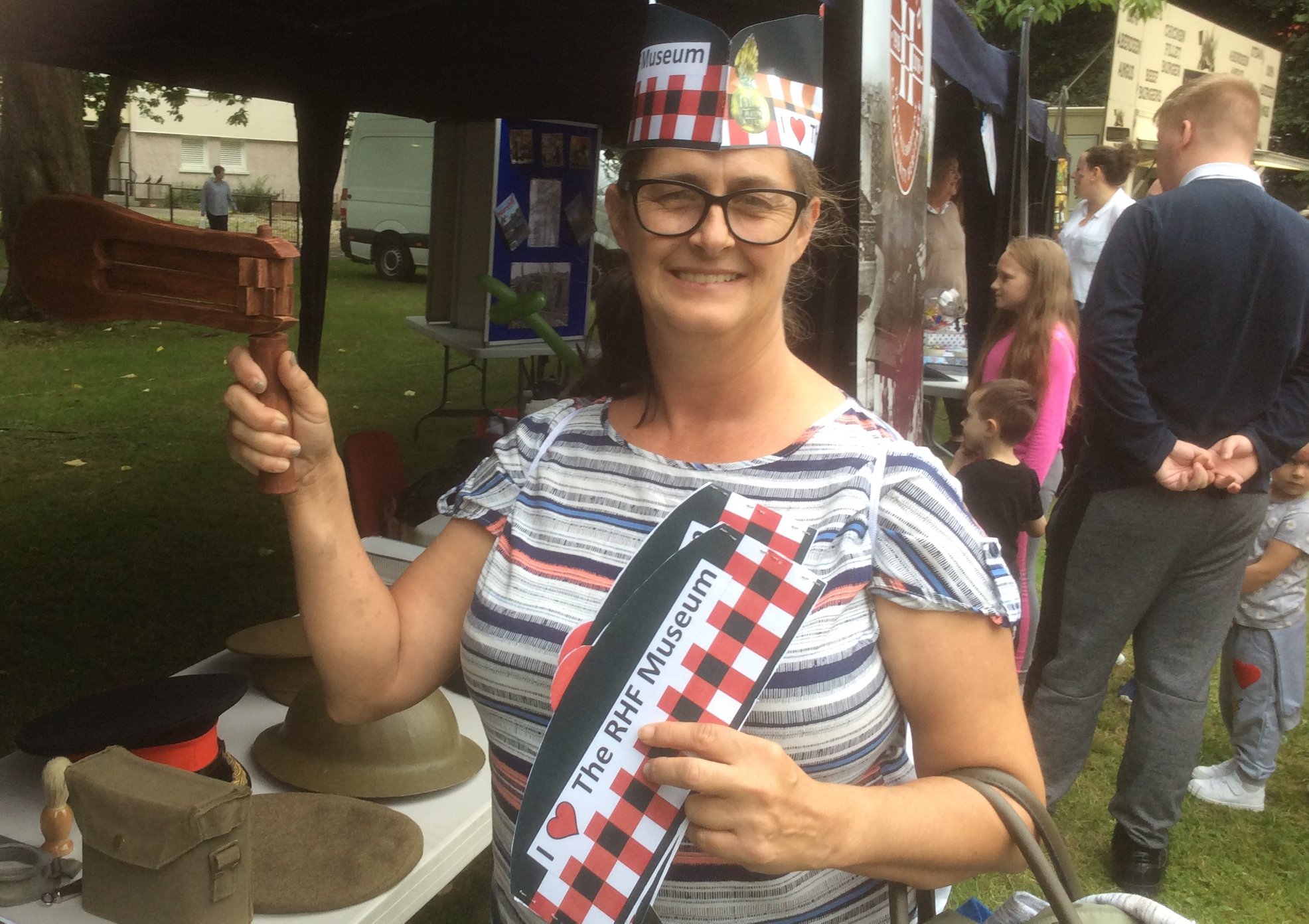 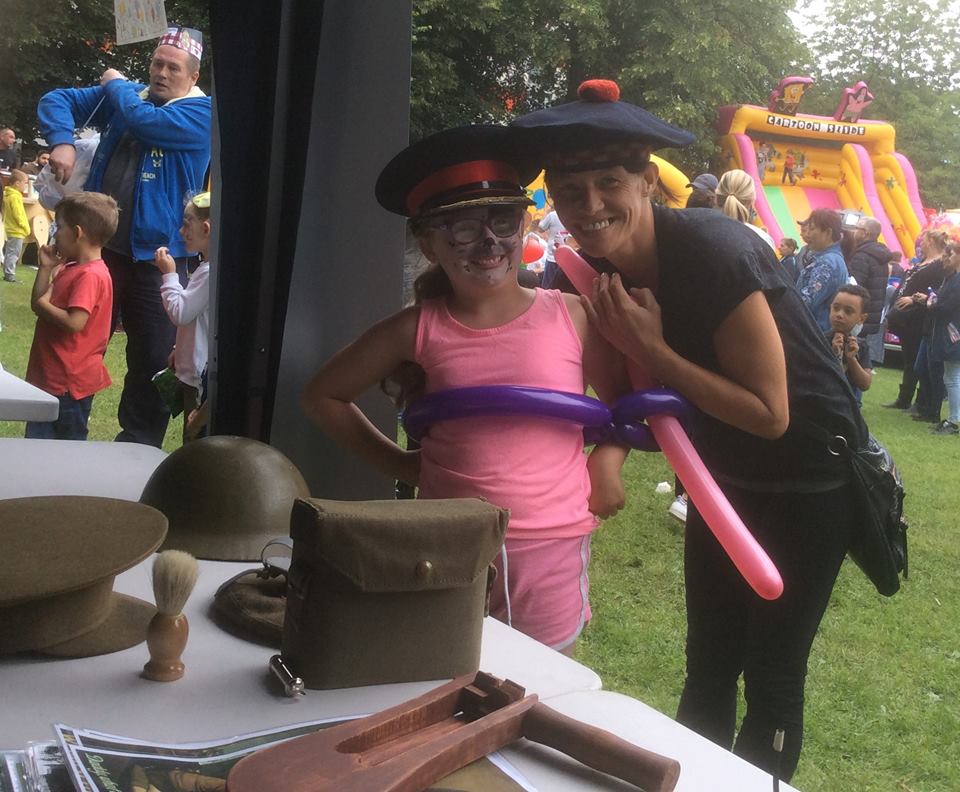 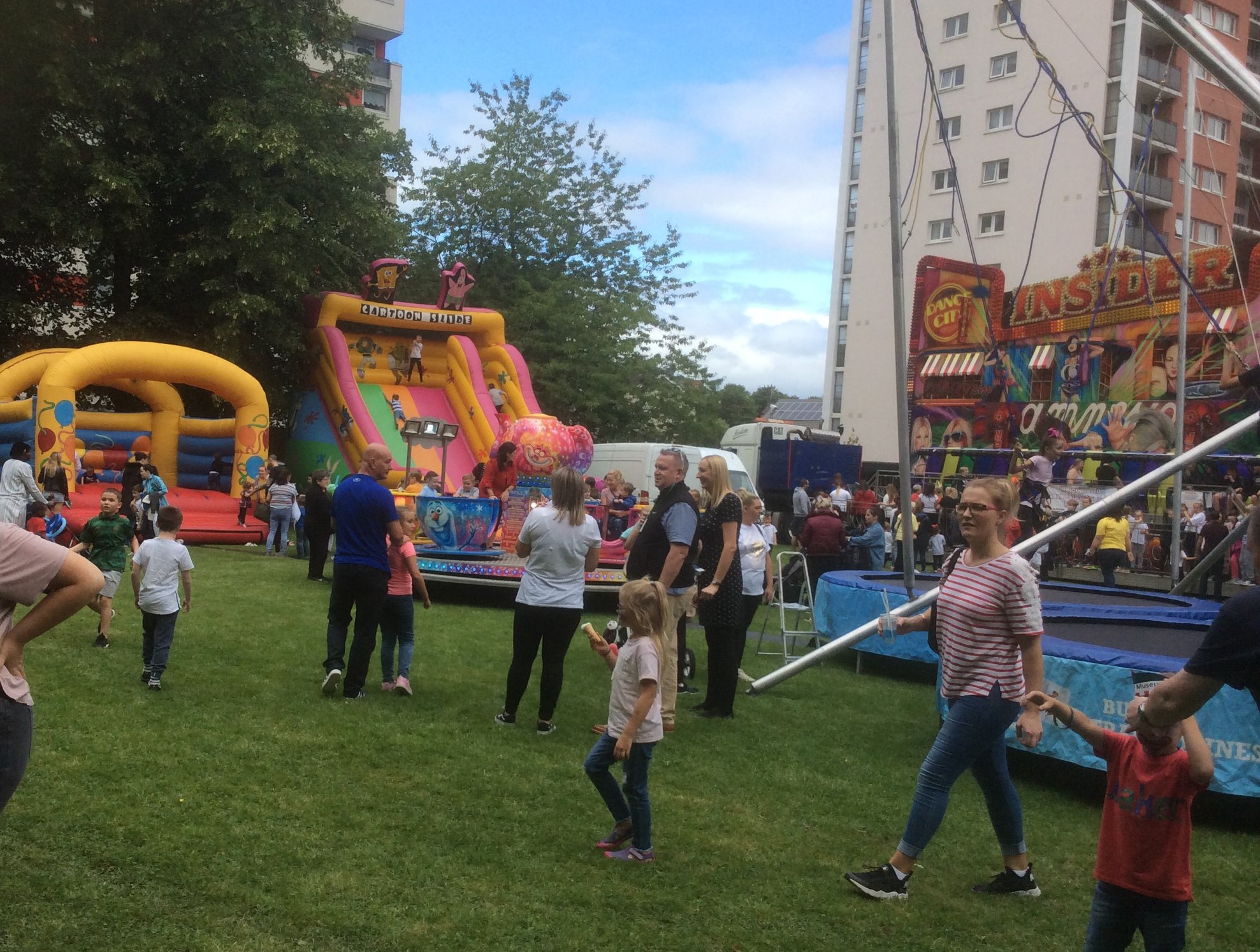 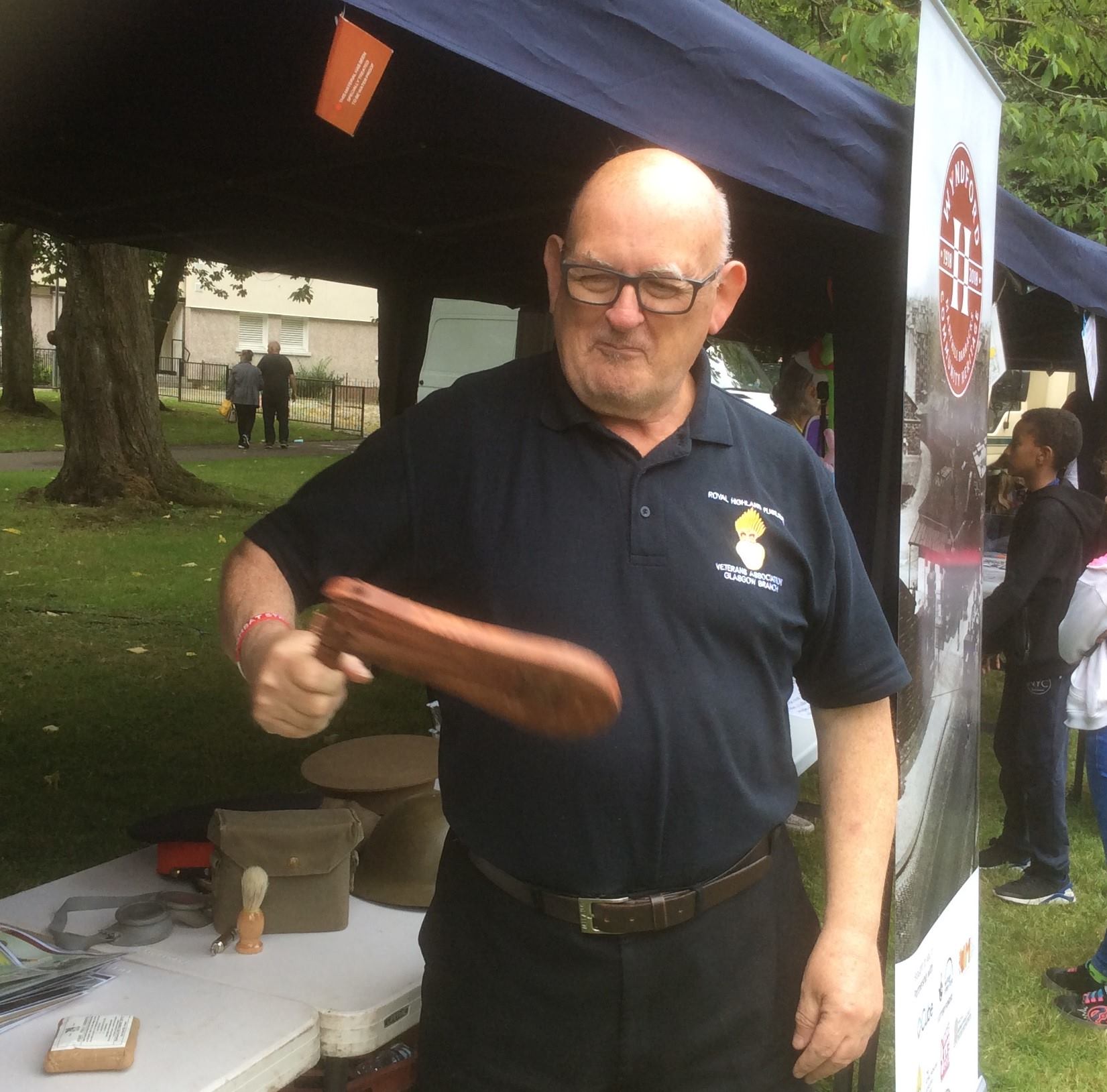 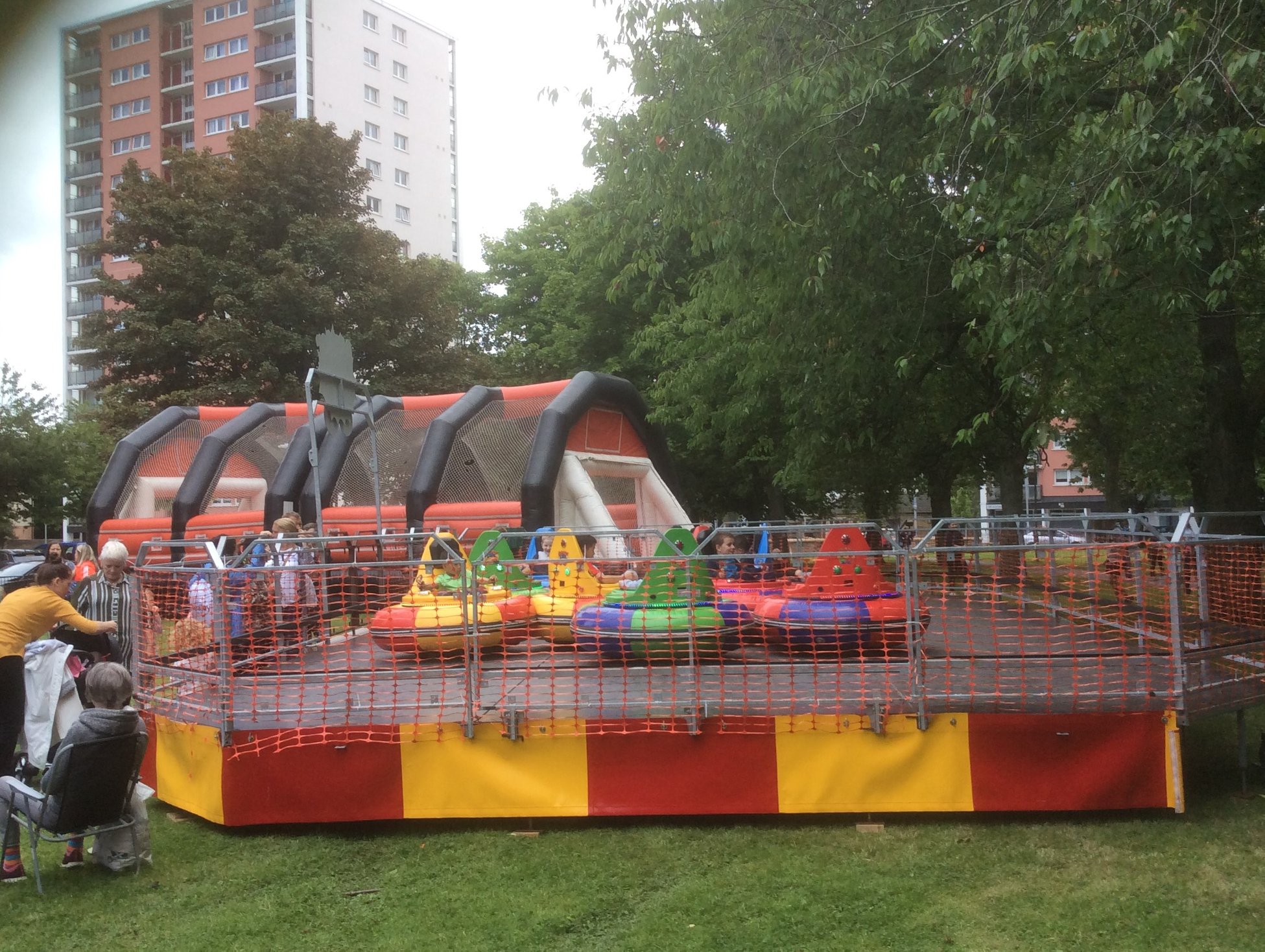 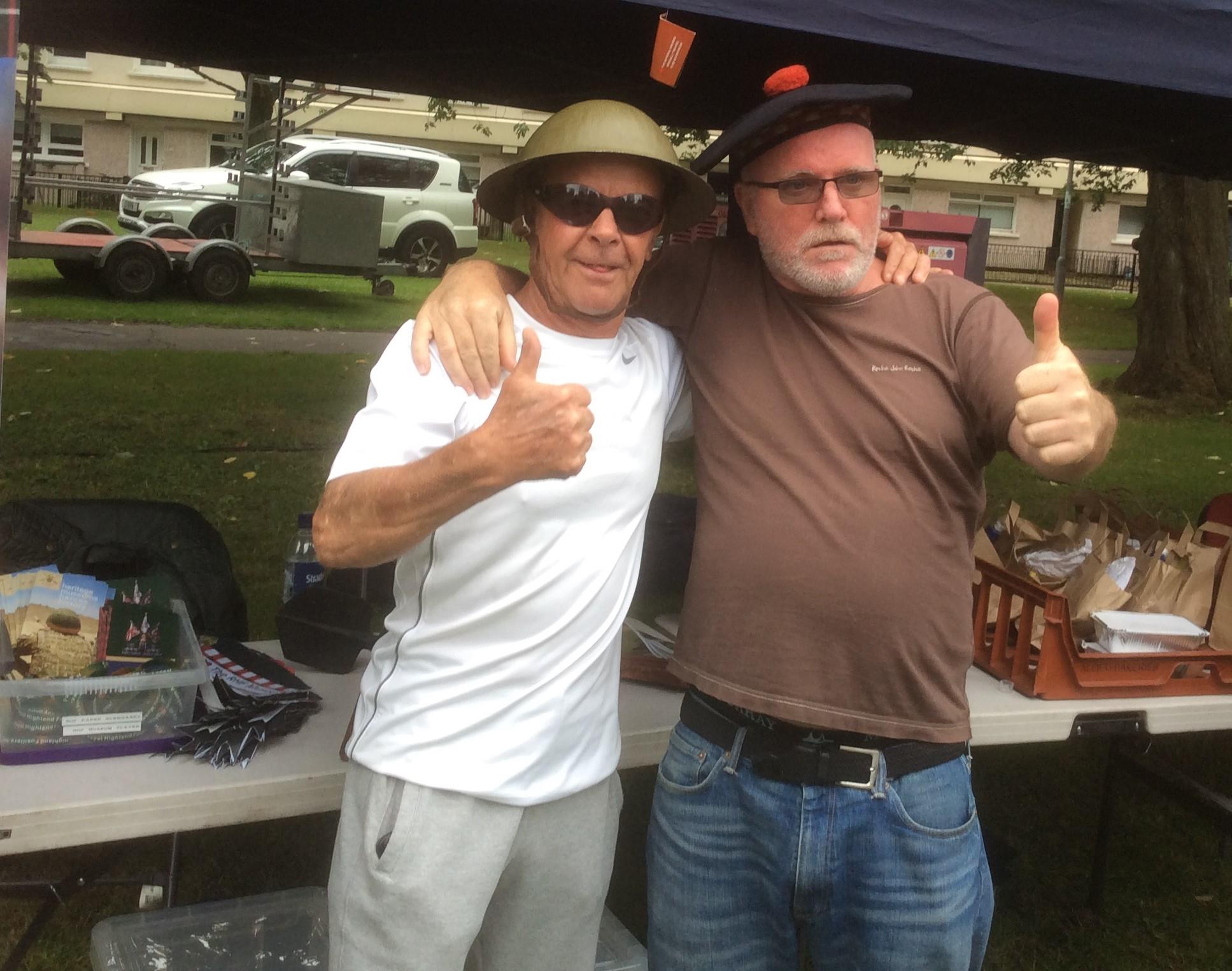 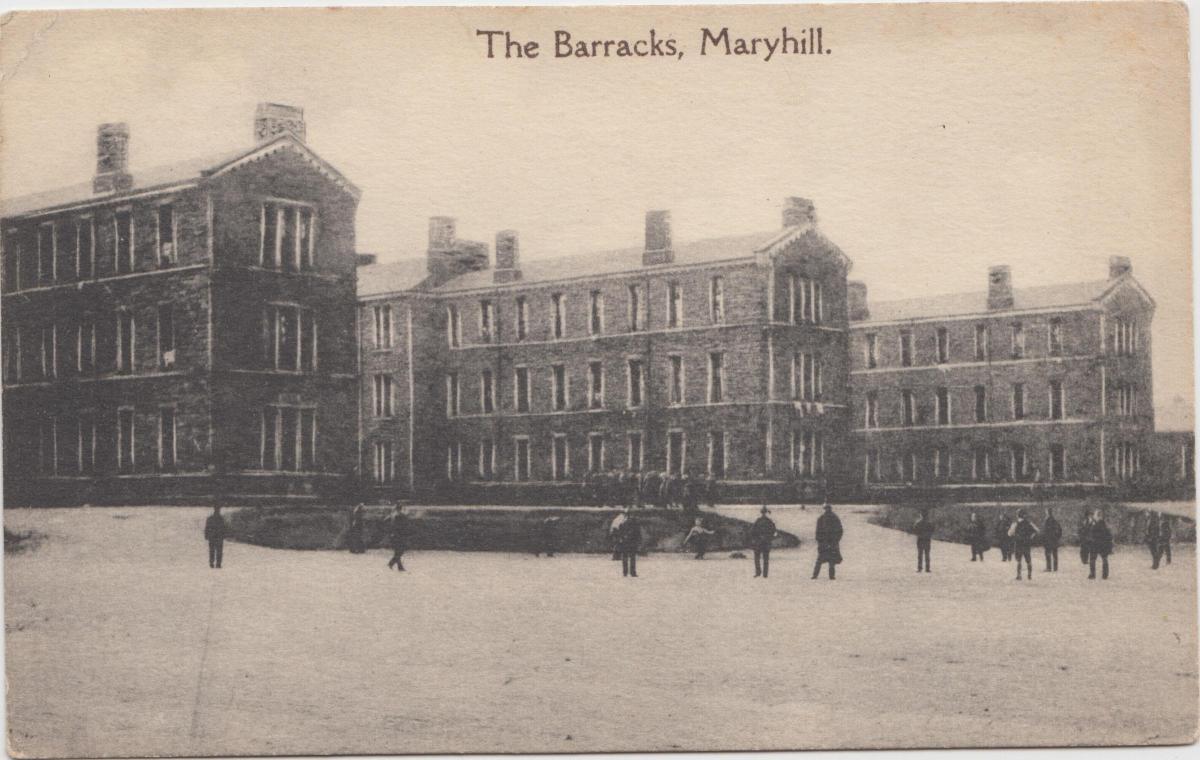 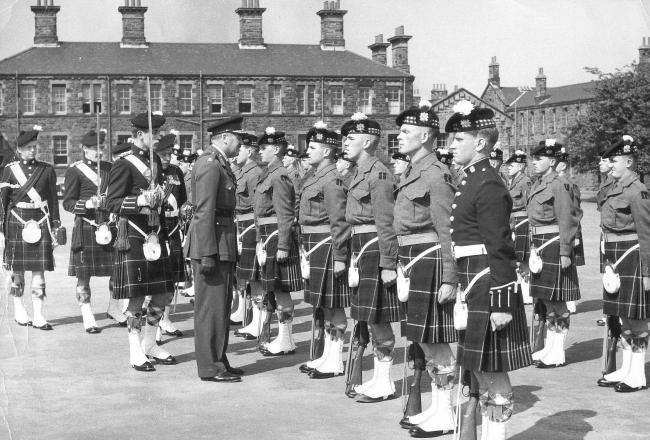 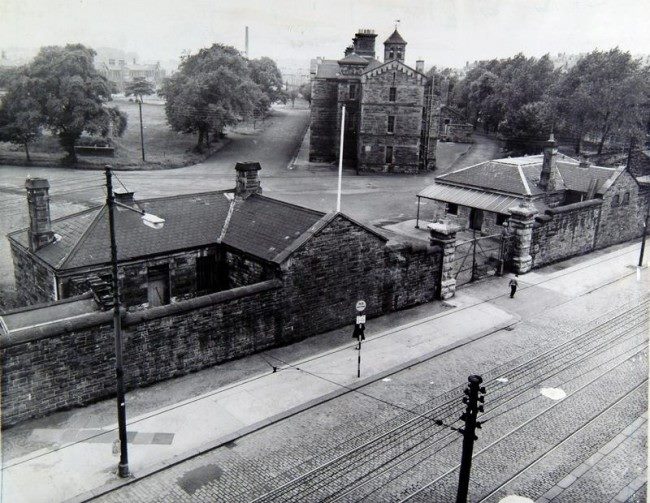 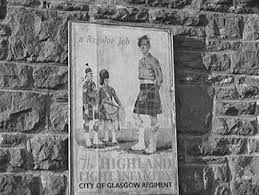