It was perhaps fitting that the rain poured down upon the those gathered to unveil the commemorative paving stone of Corporal David Hunter VC outside Dunfermline Athletic Football Club (DAFC), as it echoed the weather endured by Corporal Hunter and the other six Heroes of Moeuvres during the harrowing three days in an isolated outpost surrounded by enemy troops – of course, they also had the added delight of almost constant enemy fire!
The small village of Moeuvres had recently been captured and garrisoned by 1/5th Battalion, The Highland Light Infantry (1/5 HLI). Corporal Hunter and his men manned a shell-hole to the north with enough ammunition, rations and water for only one day. The outpost was cut off and surrounded when the enemy counterattacked, but they were determined not to surrender; indeed, Corporal Hunter became so annoyed at a persistent machine gun post that he crawled out, destroyed the post and brought back the machine gun and as much ammunition as he could to continue the fight.
Sergeant Hunter survived and lived in his home town of Dunfermline until his death in 1965. It is particularly fitting that his paving stone should be located outside DAFC as he, with his sons and grandsons, he was a life-long supporter of the local team.
Twenty-two members of the Hunter family were present at the ceremony, including two of his grandsons and relations who had travelled from Australia.
The Museum has Sergeant Hunter VC’s Victoria Cross and medal group within the Museum collection and, at the request of the family, we were delighted (if not just a little apprehensive) to display the medals at the ceremony – under very strict supervision! The Museum also donated a replica VC, HLI capbadge and hackle to be included in the time capsule built into the paving stone pillar.
The Mayor of Moeuvres, (population: 500) attended the ceremony, along with the Lord Lieutenant of Fife and the Provost of Fife, who had once played for and managed DAFC.
Special DAFC shirts with HLI badges were made to commemorate the occasion and one was presented to the Museum – sadly, the commemorative match played prior to the event ended in a disappointing no-score draw! 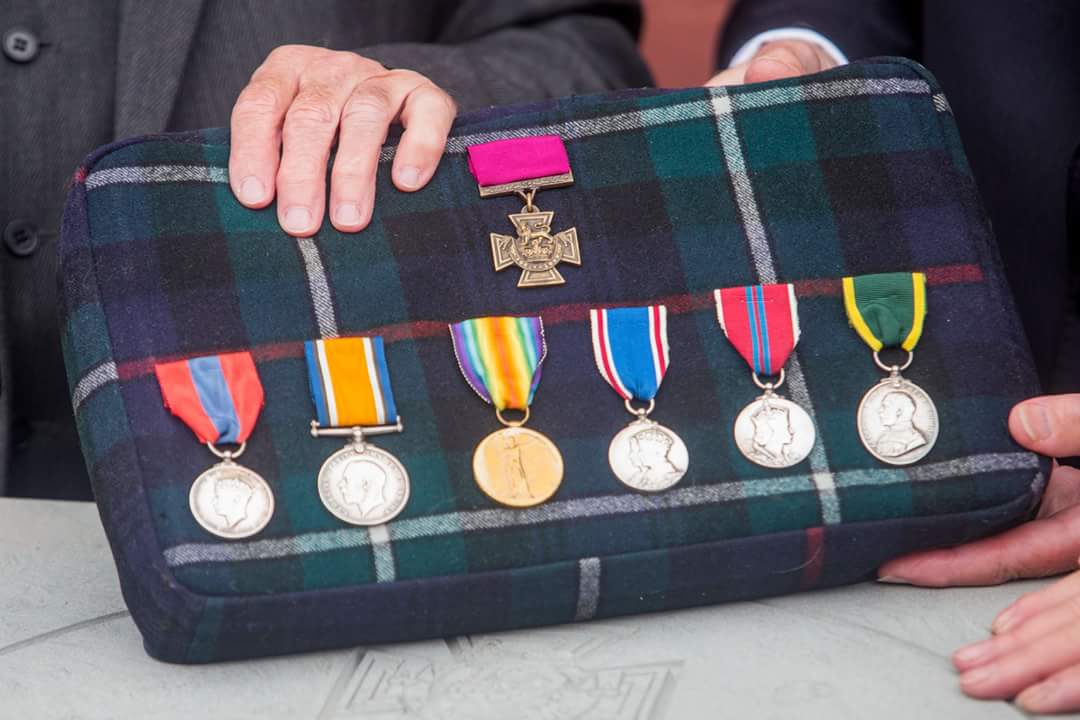 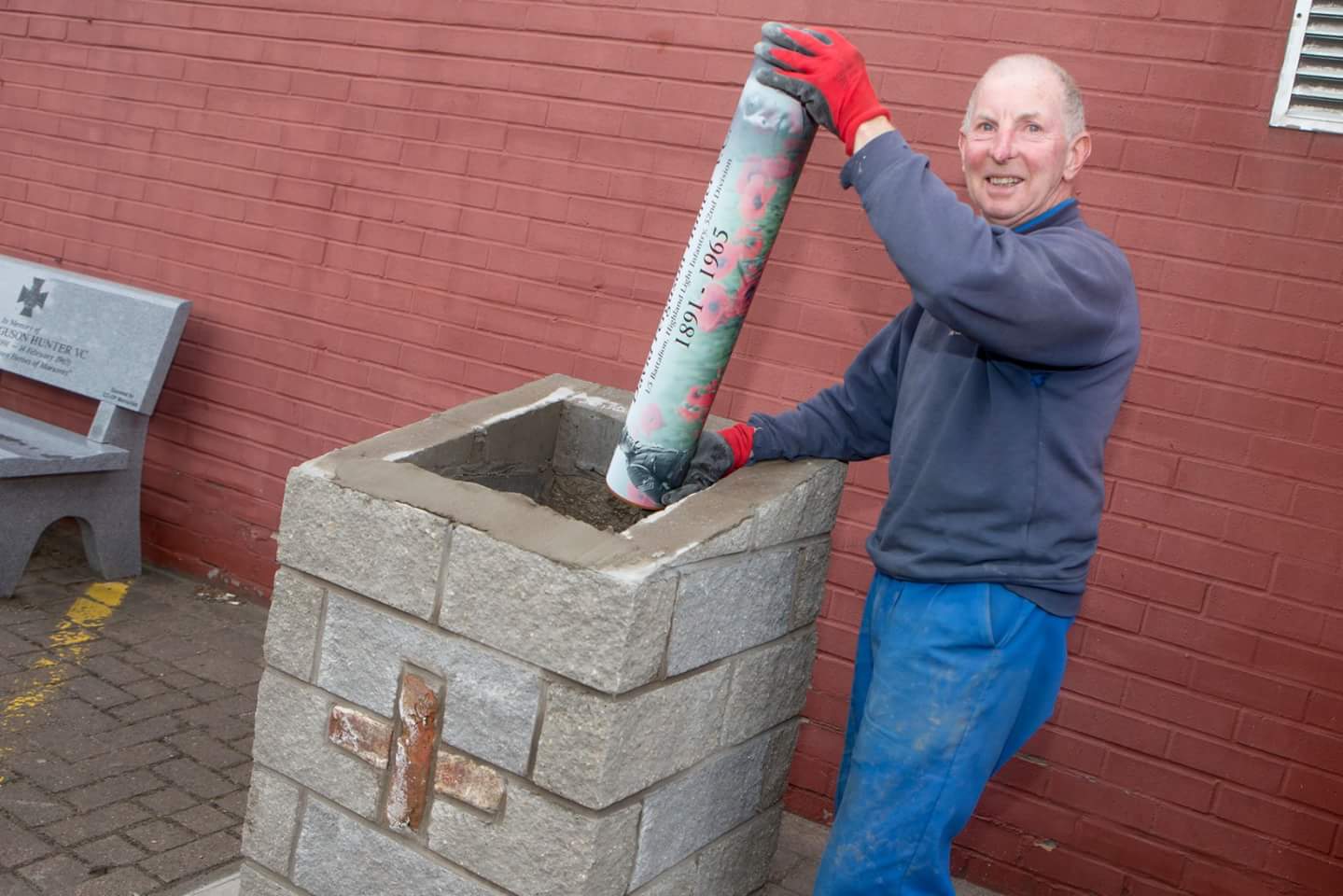 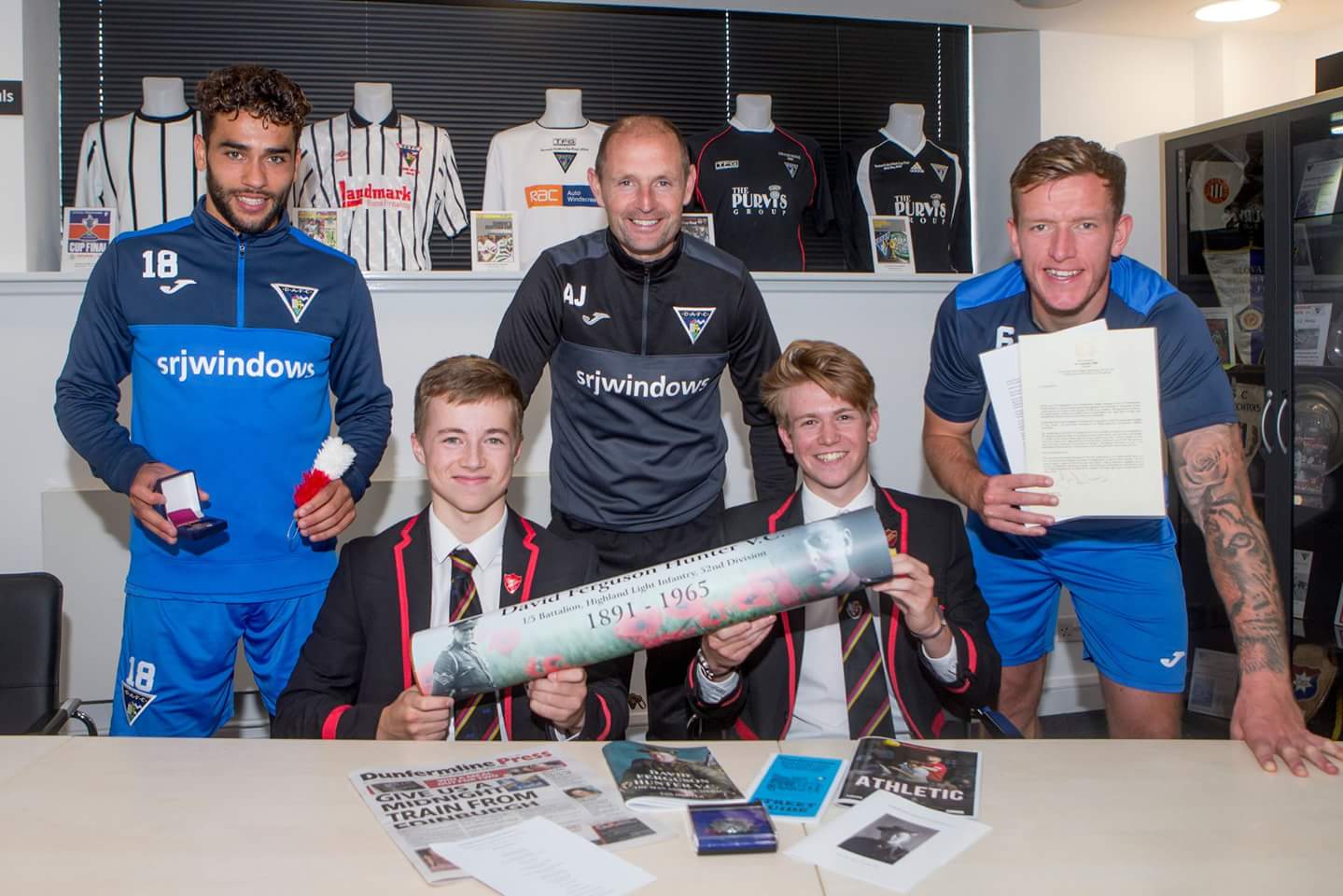 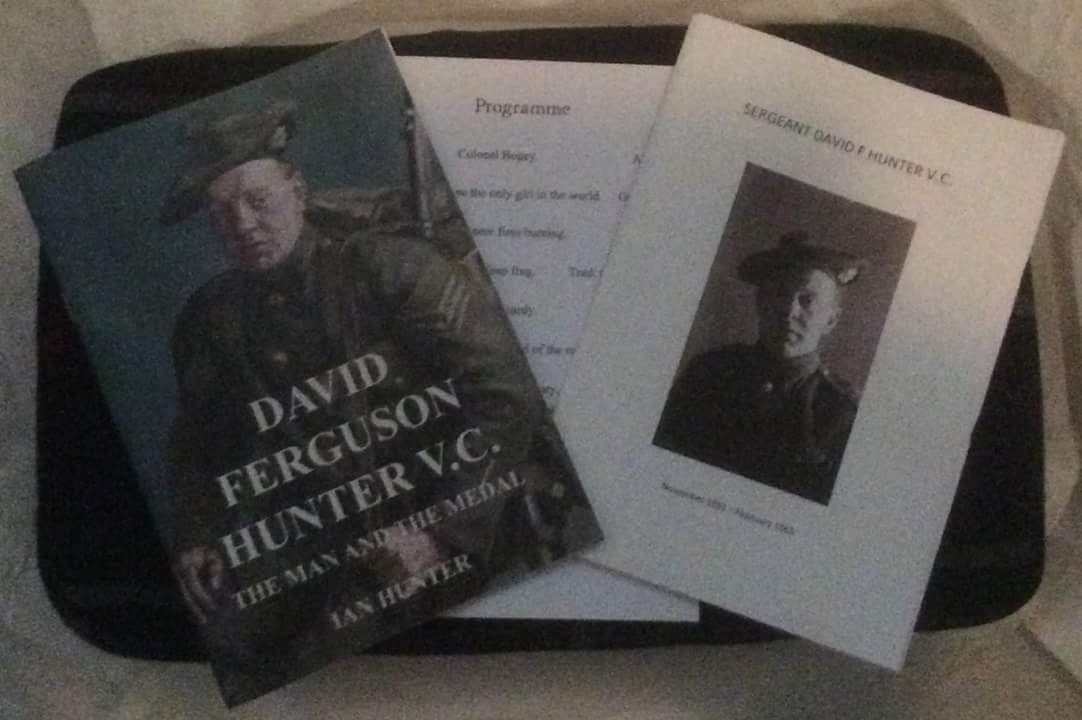 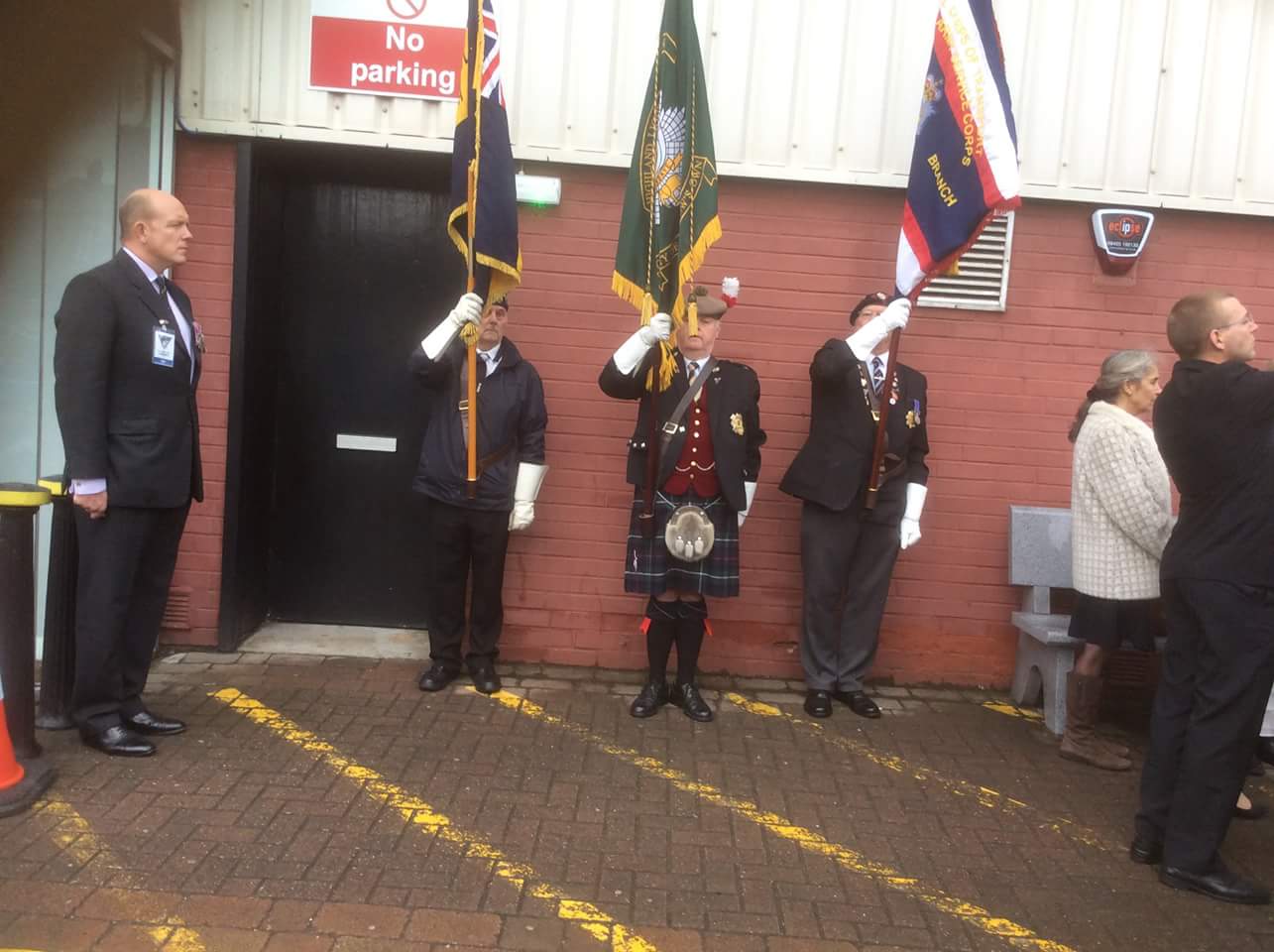 The Highland Light Infantry Association were well-represented at the ceremony. 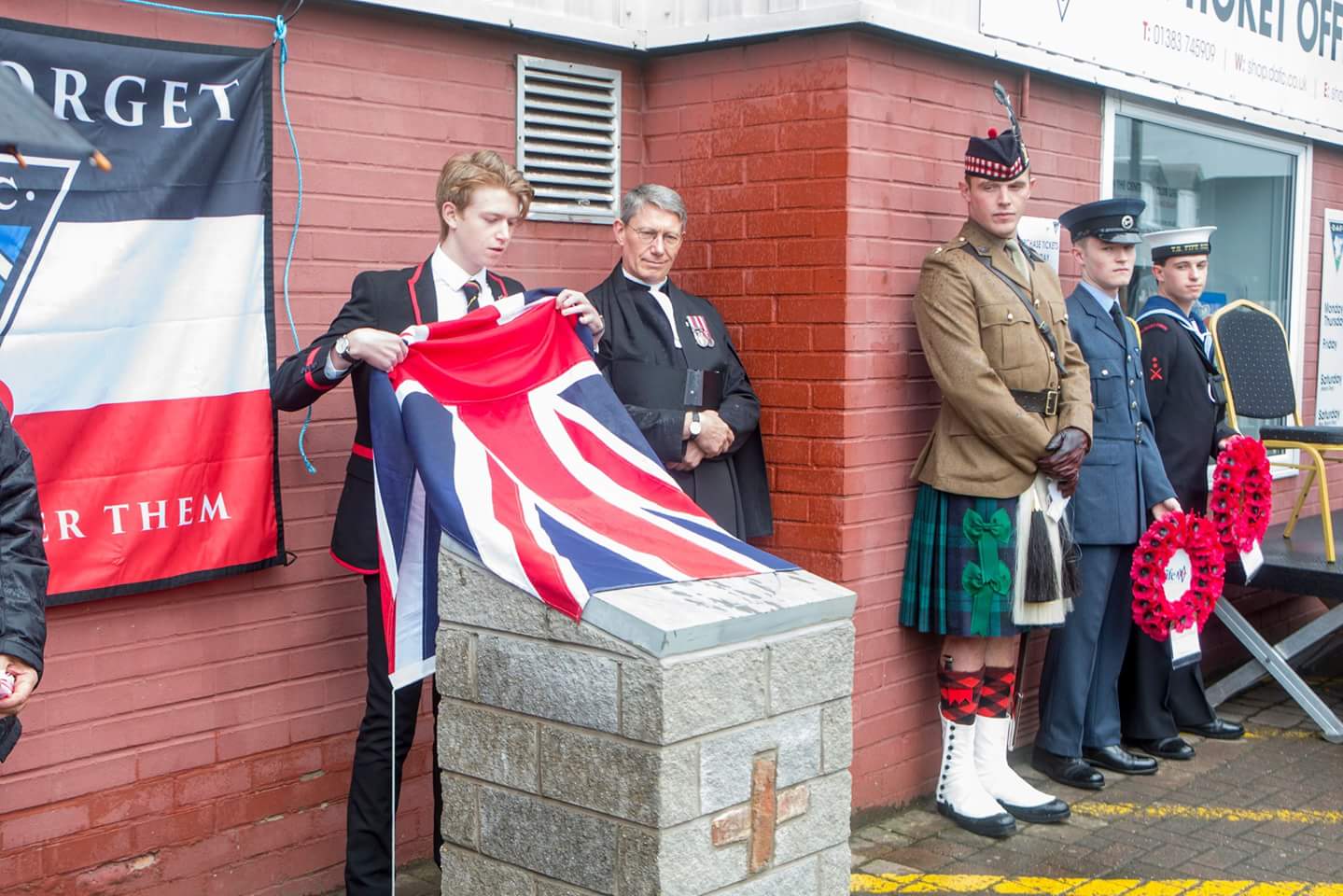 Unveiling the paving stone & story board telling the tale of Sergeant Hunter VC and his comrades. 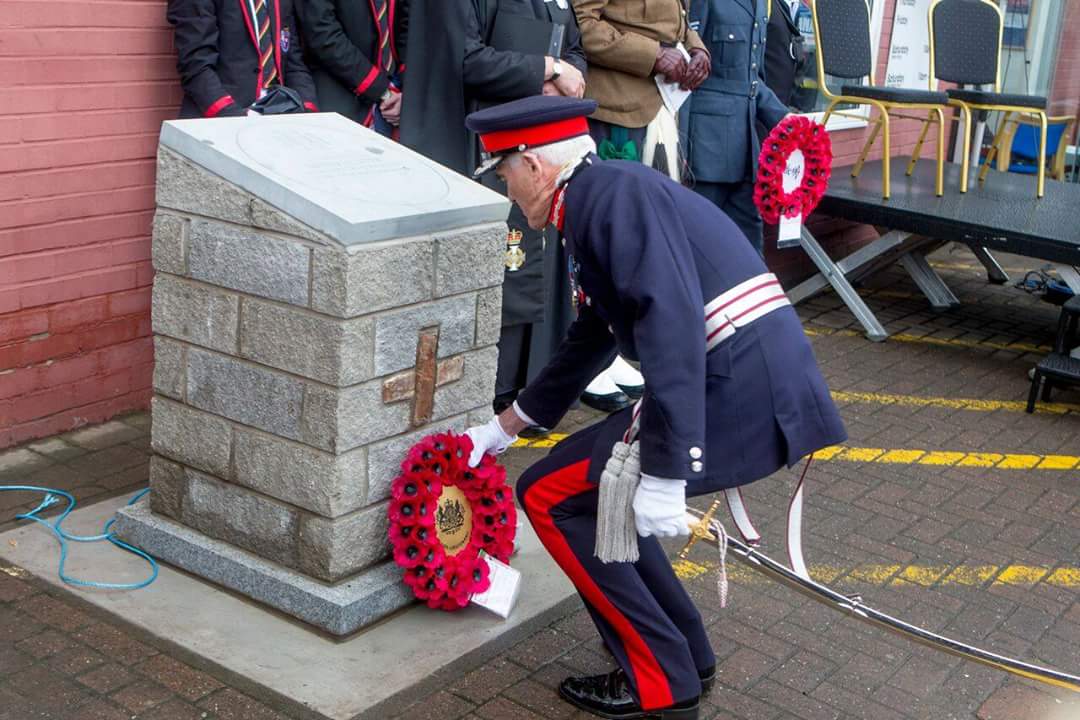 The Lord Lieutenant of Fife laid the first wreath. 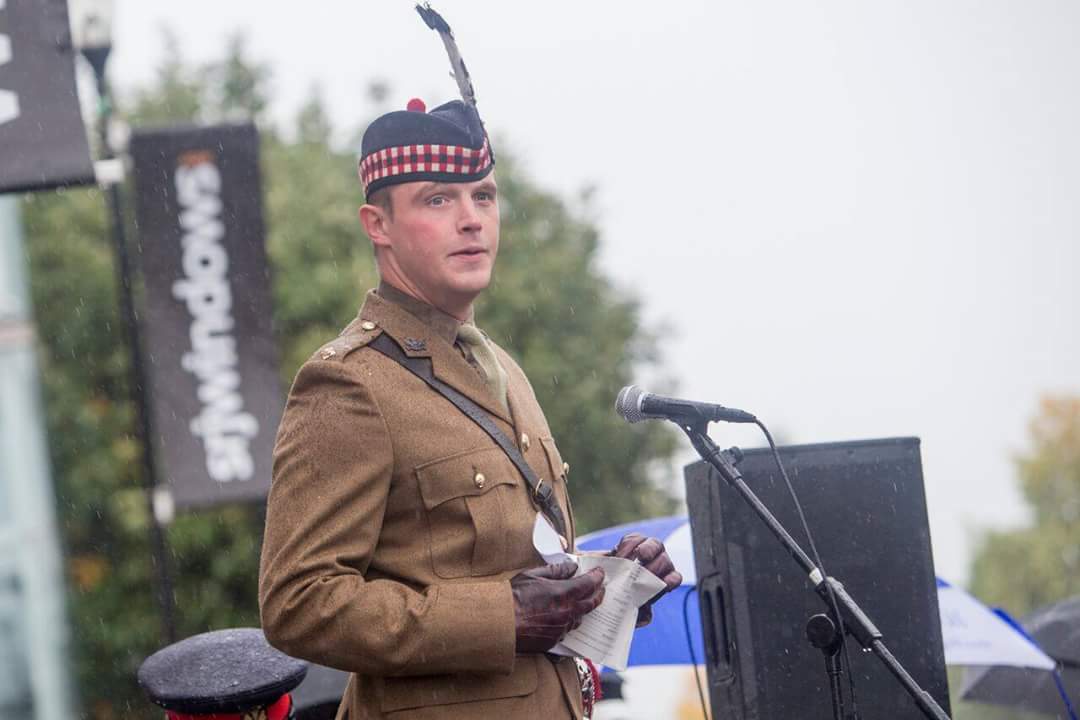 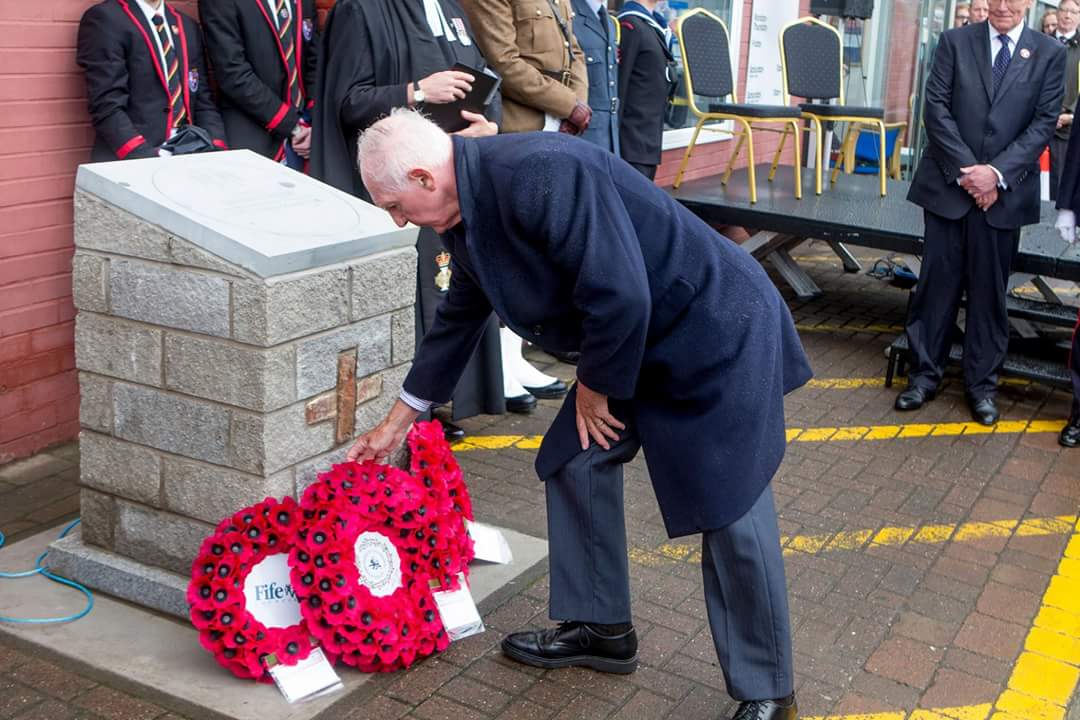 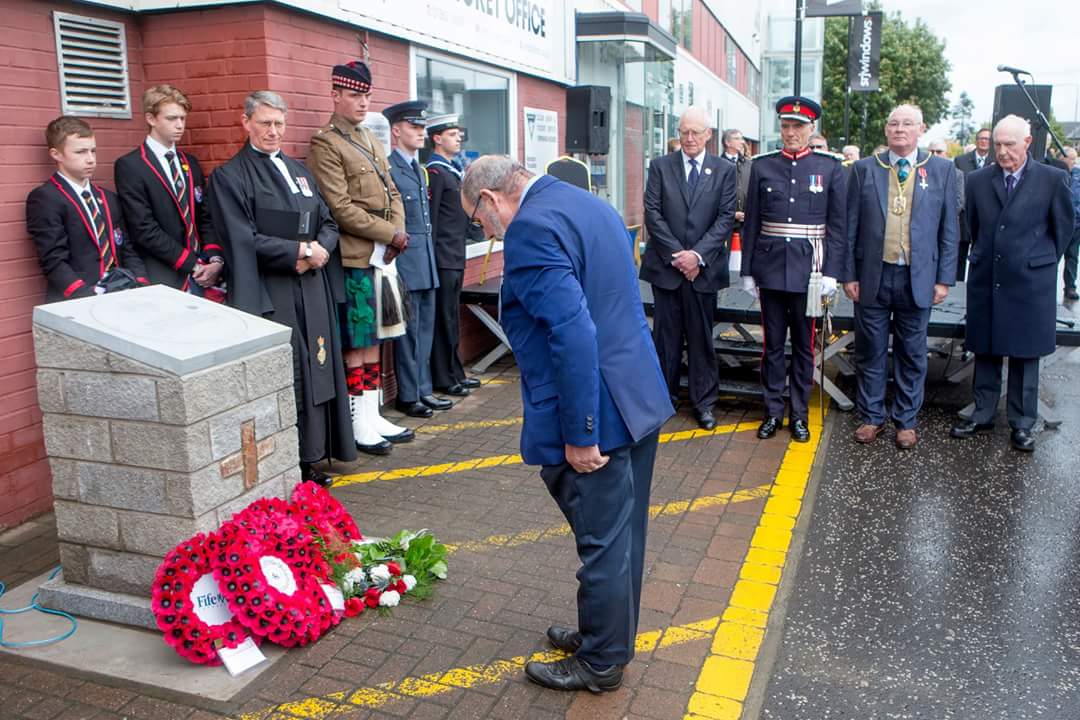 The Mayor of Moeuvres laid a wreath. 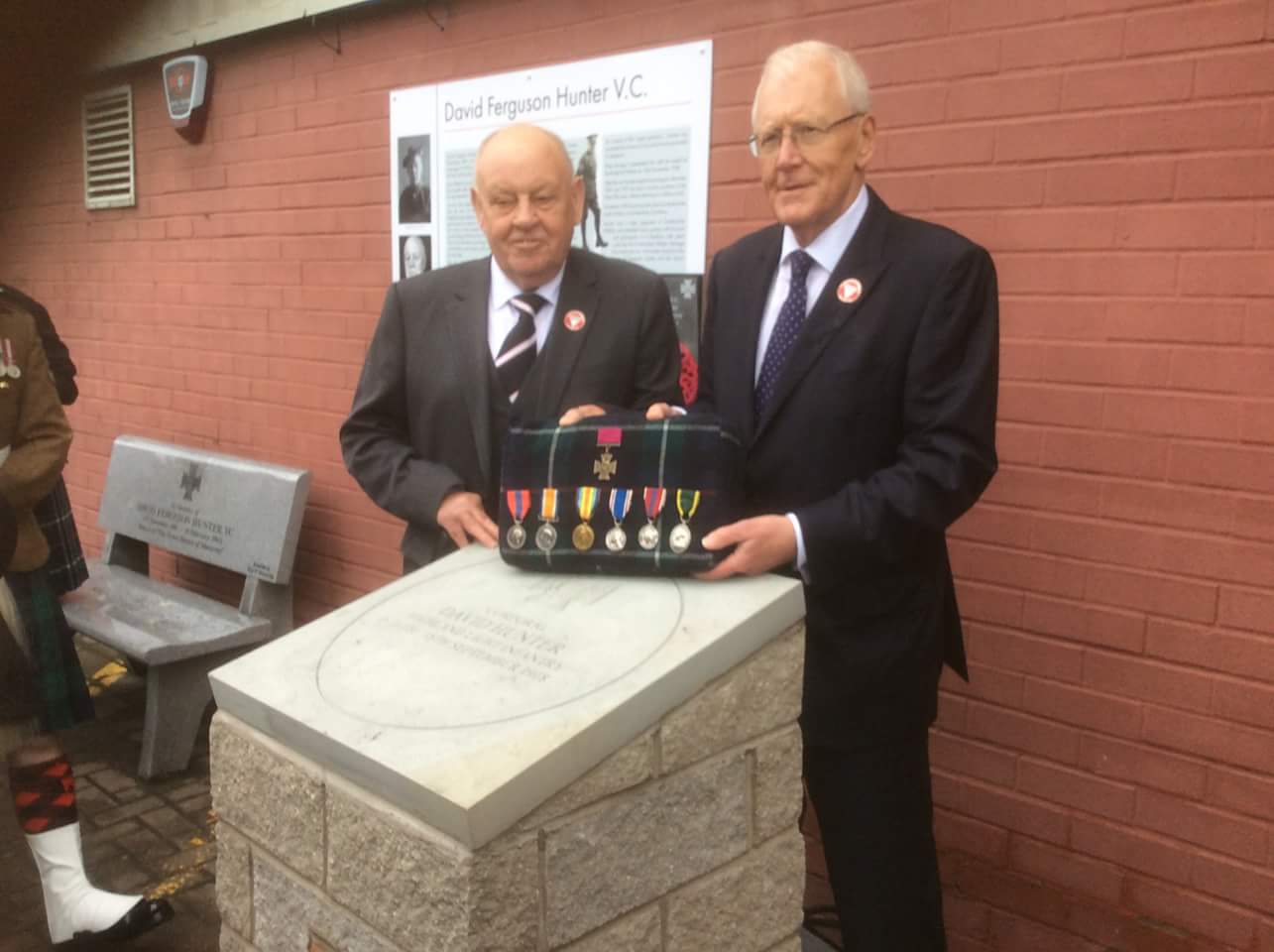 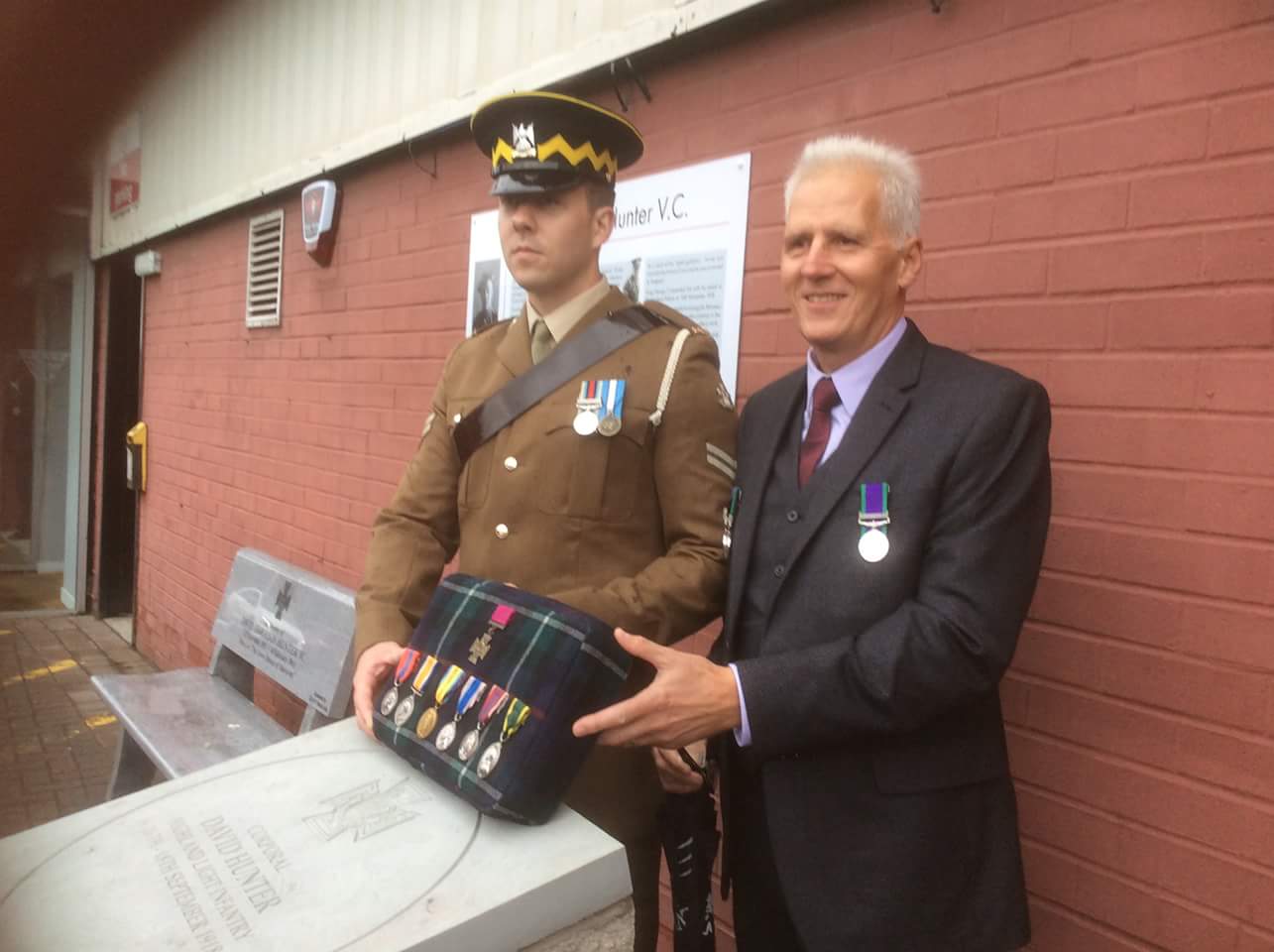 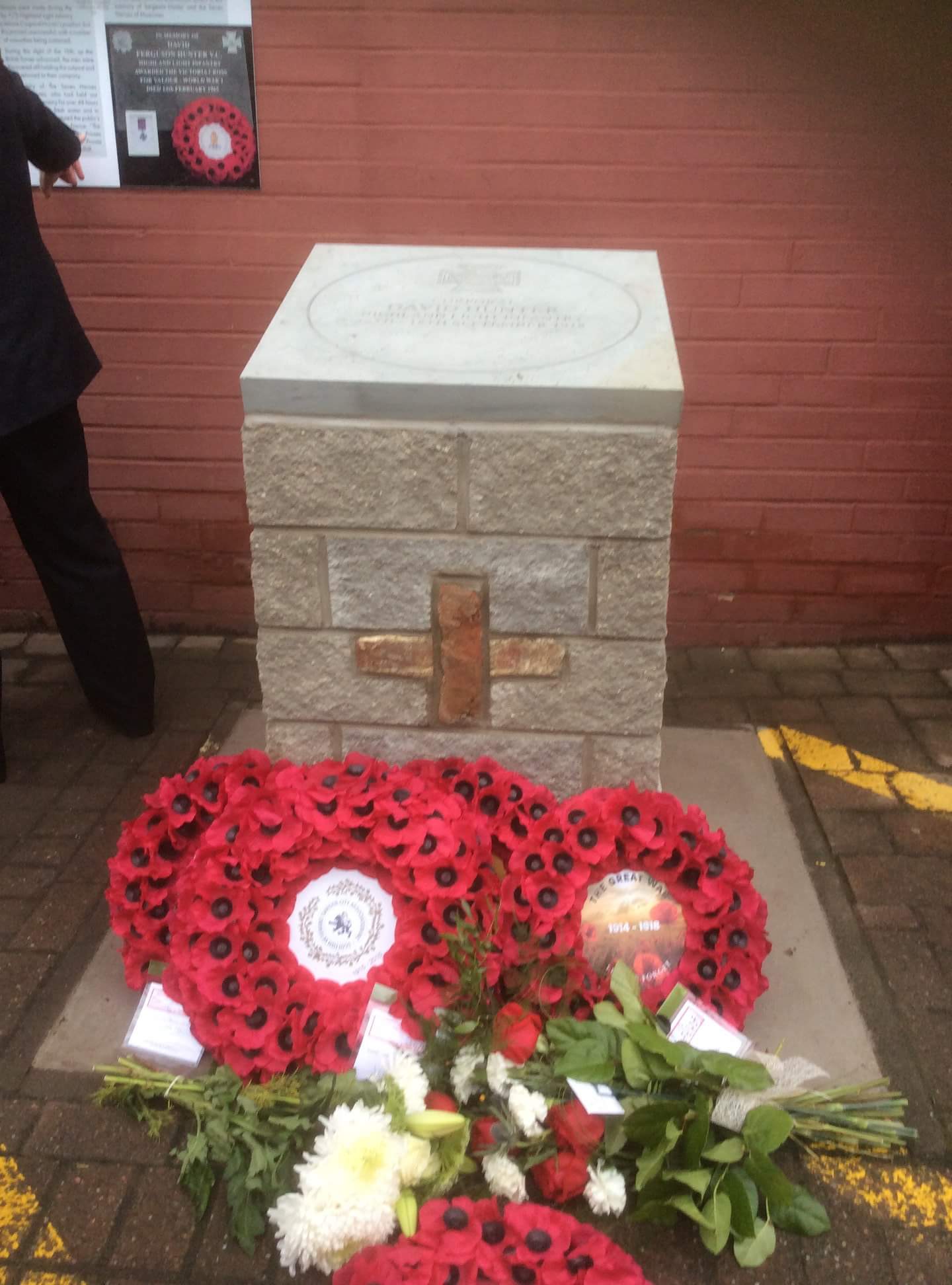 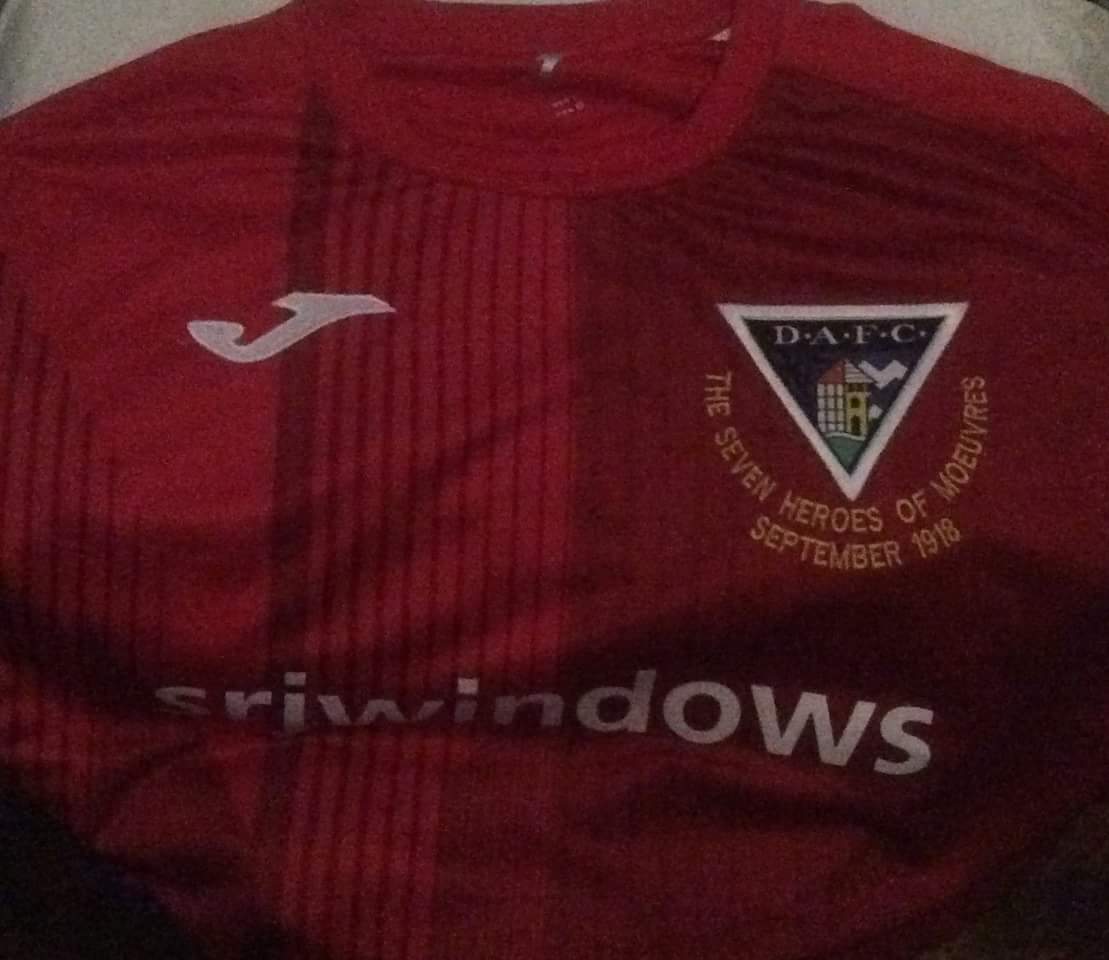 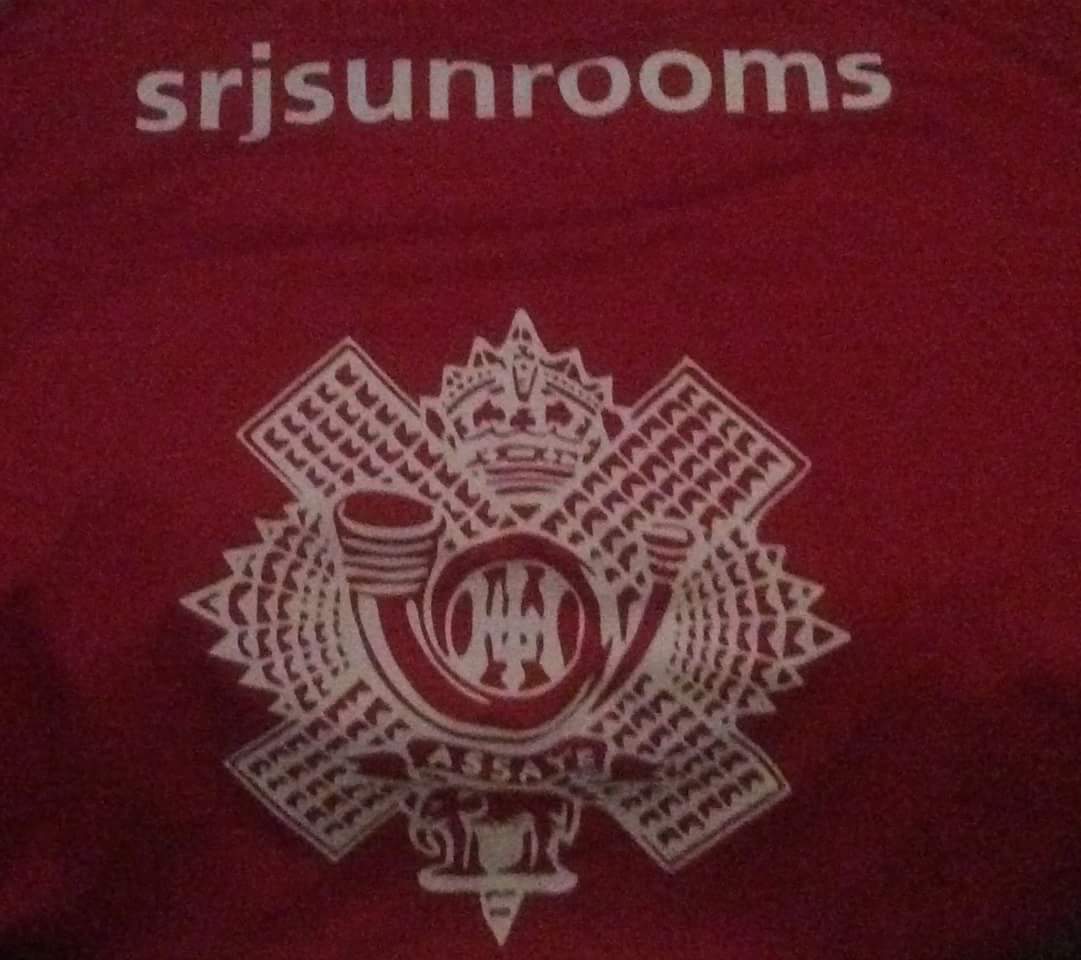 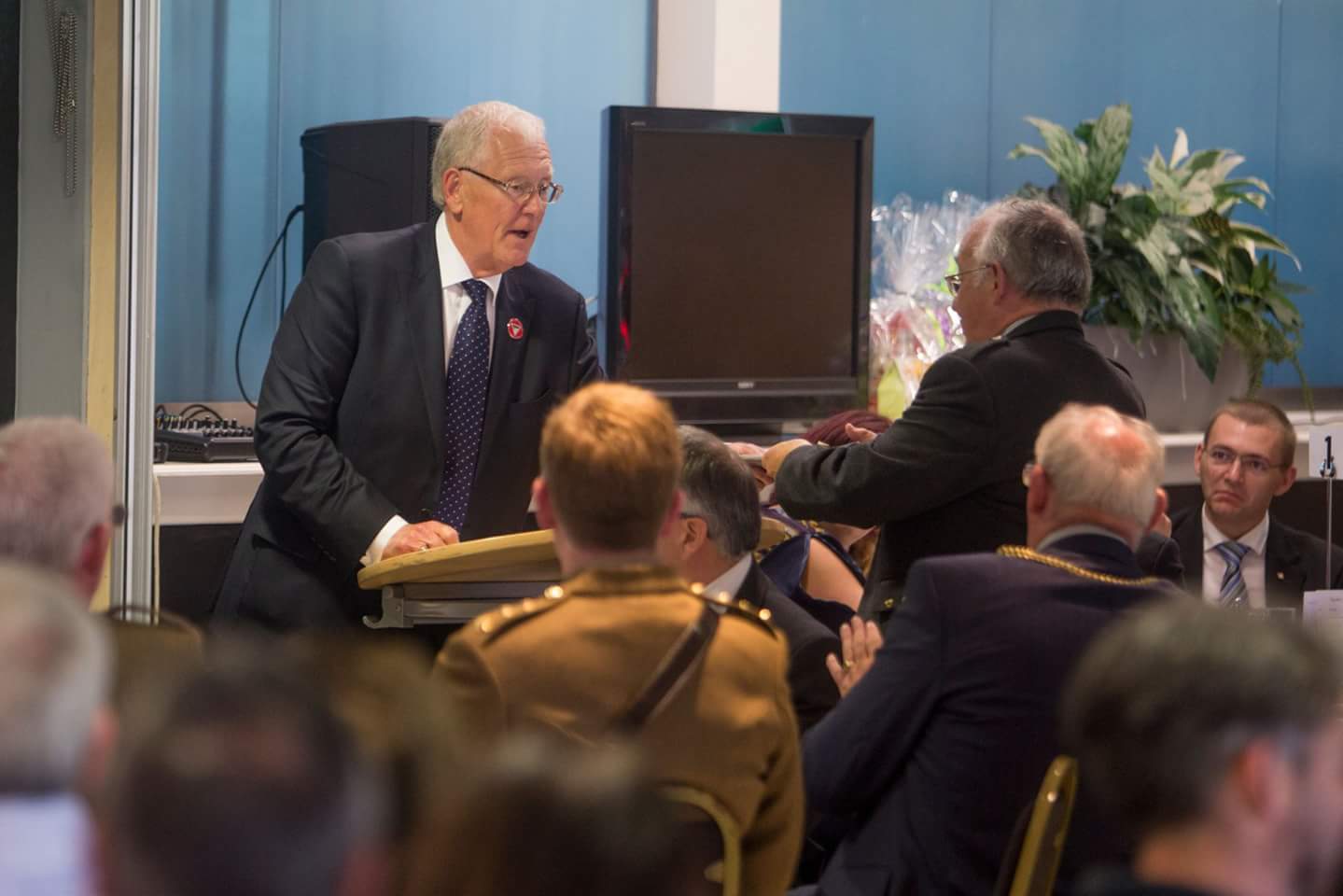 Colonel Bobby Steele receiving the commemorative shirt on behalf of the Museum.

“The Seven Heroes of Moeuvres”: a pipe tune composed by T Menzies Rodger.